“Do you even need to explain why?” you might ask.
Yes, ’cause the blog it’s mine and I’m fancing to 😛 (Warning: really really long post)
I’ll take it philosophically (as we say :P), I’ll accept for a moment their premises as valid, then work from there on and draw my conclusions. (Even though recently being born on the 23rd of november aced me a job interview) 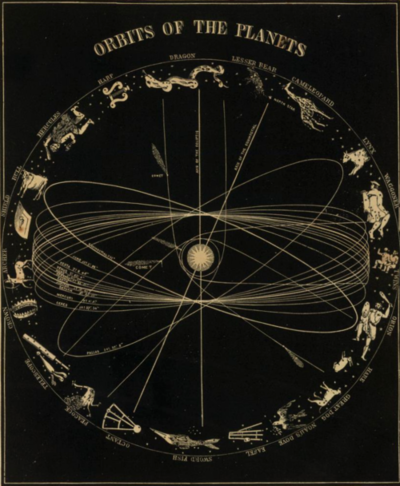 Like a lot of you do, I say I do not believe in horoscopes but I enjoy reading them. Have you ever noticed they all promise the same things, ciclically? “Love news, so and so at work, take care of your health”, now, mix it up random “news, so and so, take care, great” with “love, work, health” and you’ll have all the horoscopes for all signs for all the year.

Of course expert astrologers will tell you that it’s impossible to have thorough horoscopes on newspapers: each one of us has their own natal chart, and that’s the base you need to calculate your horoscope.

Then there’s the exception “I do not believe in horoscopes, but I like the descriptions of the different signs”. I don’t, I know a lot of people of the same sign but they are oh so different from eachother. Have you ever noticed that sign descriptions are really contradditory? Take me, sagittarius: you hate routine, sag, you need to change a lot and to change often, but (there you go!) if you find your niche and your rythms you can fall in love with stability. You don’t say!

It goes on: sagittarius is linked to legs, you’re a natural sportsman, you love the outdoors and you like to try any kind of adventure and sport. Your ideal careers are: writer, philosopher, analyst, thinker in general, eternal student. Wait a minute… I should run the triathlon while reading Seneca?

Well, in a way or another everyone can do whatever, isn’t it? That’s best, for sure.

But, the natal chart! The astrologers say…

All right, I’ve calculated my own natal chart (with this book), and here’s what I’ve found: 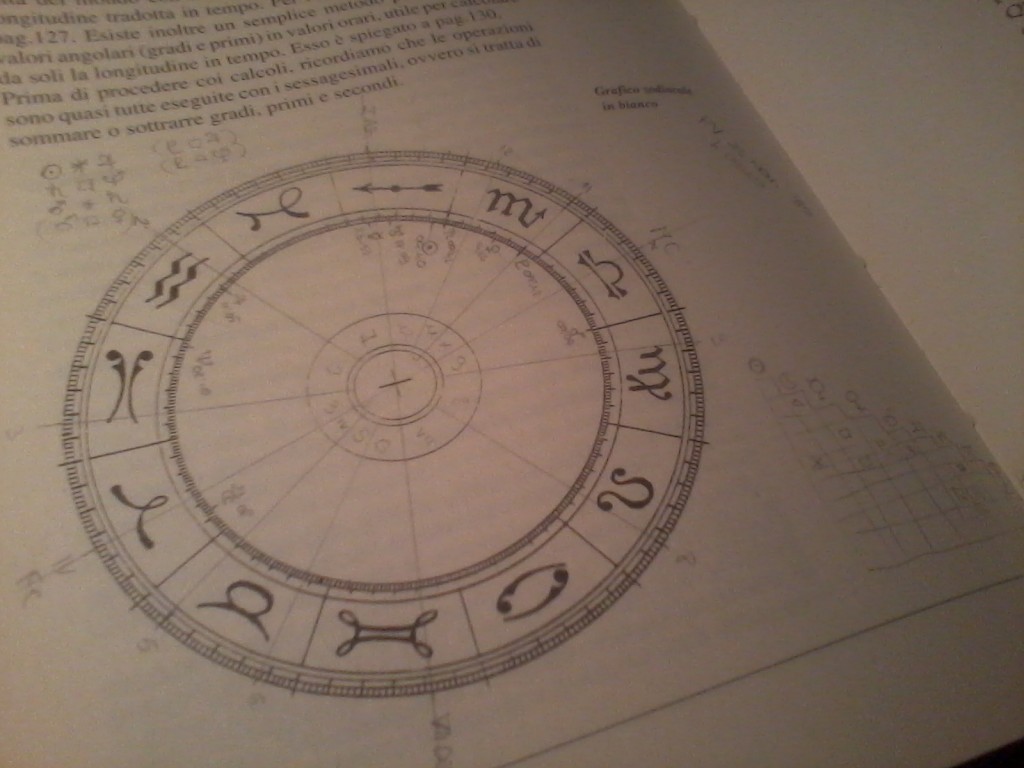 1) I suck at math, but I already knew this since I was 13 (when the first Xs came out I just gave up…)
2) you need a lot of paper and a lot of patience and a lot of attention for details
3) you can choose the Ephemeris (which are those tabs where there’s the positions of different planets & co, in various houses & co during different days, times, places): those by Placidus (ehy, did you know he was a professor in my University, centuries ago? Cool!) or those by Regiomontano (or Campano or others).

Waitaminute… wait, I can choose the reference table? If the one from Twedledee or the one by Twedledum? I see… reliable…

And do you know how all these things are calculated?

I’ve got this bit of infos from the astrology course I had at university (ok, ok, it was “History of ancient and medieval scientific thought”, that we shortened in “astrology” for this following reason):

” they translate the real zodiac into a mathematic reference pattern, nothing but a circle divided in twelve 30 degrees each parts. In tropic zodiac, the base for modern western astrology, the division of the twelve signs is made from one of the two points in which the ecliptic plan crosses the Earth equator plan, in wich, from a terrestrial perspective, the Sun is in the position of the spring equinox. Therefore 12 portions of space are traced and given to the twelve signs. Following the equinox precession the vernal point moves along the sidereal zodiac in an opposite sense than the one the zodiacal signs follow. But the astrologers, who work with and on the tropic zodiac, take the point of the ecliptic in which the sun is at the spring equinox as the starting point for their zodiac and therefore as grade zero for Aries. Tropic zodiac stays unchanging despite precession, gradually modifying its starting point on the ecliptic and starting, from that point, the 12 signs parting -30 degrees each- of the circle. The zodiac signs are, therefore,  something else from constellations from which they take their names and they do not match eachother. Therefore saying that, in a given horoscope, a planet is in Aries, doesn’t mean it is in the corresponding constellation, but that it occupies one of the first 30 degrees of the circle, measured in an anticlockwise sense, starting from point zero. The ptolemaic astrology is the one that strongly points out that the accent should shift from the visual image to the geometrical position”.

Rough translation and italics are all mine, and with the italics I think it’s pretty clear what I wanto to say.

Long story short constellations and planets do not have a direct power on horoscope but they are put into tabs and calculations made from a geocentric point of view.

Which means you take date and coordinates of the place where you were born, you have to correct the time to have the Greenwich Time, watch out for solar hours &co, then you take this number you have and add Sidereal Time (found on Ephemeris tables, whether you choose the ones by Placidus, Tweedledee or Tweedledum, it’s up to you), mind the calculation is in sexagesimals therefore count minus 24, then the longitude has to be translated into time numbers and added to Sidereal Time, then you fix this number again because sidereal day is slower than solar day and here you look up another tab too. Finally with latitude you take Ephemeris again and you look for the sidereal time closer to the value you have. (These information have been freely copied and translated from the book I’ve linked previously, the Astrology Complete Course, I’ve saved you all the details, examples and “go to page this”, but this is it, how you calculate it all, pinky-swear).

Again: I draw a scheme, I say “This scheme is the sky”, then I decide that this point here is north, this other one here is zenith, that one there is the sun as I’m seeing it right now from my position (behind clouds today, thanks for asking) and consequentially I “connect the dots” with everything else.

Now… it’s like saying I’m to do a geometry test to see how many rolls of wallpaper a man has to use to cover a room (of which he doesn’t know the height… but he won’t take out the measuring tape to measure it… can you see why I gave up with maths?) and I give it to the teacher saying “I didn’t use the decimal metrical system and Euclidian geometry, I decided to use Klingon math!” (Which will probably give you this answer: Klingon do not use wallpaper, Klingon don’t have rooms!”)
DAFUQ? 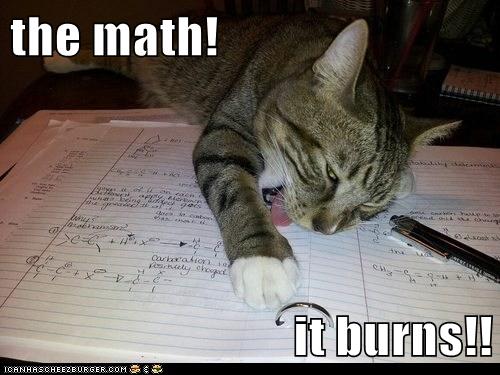 Let’s add this too: from the calculations I had for my home made natal chart, the natal charts I made on the net (which came out surprisingly matchingmy own, yeah! I’m not that bad with a calculator, am I? Take this prof!) and so on, I saw that I was a “cuspid”, aka I was born exaclty between two different signs (scorpio and sagittarius, which makes it double fun to read horoscopes since I can choose the one I like best).
Then I meet a couple of astrology-fans and they tell me it is impossible to be a cusp, which is a “zero” value between two signs and you’re either -1 or +1, 0 is impossible.
Ok… but… are you sure? ’cause I’ve checked more than once and I turn up with a zero, the pc says that too…
“No, no, no, no way” “Curious… oh well!” “Well… as long as you don’t consider… I mean, there are some astrologers and some maths that actually yes, they accept a zero and therefore a cusp“

Now let me sum it up for you and me, ok?

Sky and stars have no doing in this, ok, somebody ages ago decided to encode them into some tabs and maths, and ok here too. These maths have no direct connection between the numbers in your birth day, time and place, but they come from strange calculus you make from them. (Do you know that mind game where they tell you “Think of a number” then they make you make some maths and the answer is always “Nine!”? It sound like this to me).
Then you can pick the tables of Ephemeris you want to use to calculate this, and you can choose if the euclidian or the klingon one (just to keep up the metaphore so you can follow me).
And last I can choose if interpret the results I had in this way or that way… just so, for personal taste.

And they insist it has fundaments and that planets and stars really influence our lives???
Oh pretty please! Oh come on!!!

At this point my conclusions can only be these:
1) I can be open minded and accept the idea that there might be some connection between personality and the time of the year you were born, but I’ve studied too much philosophy/psycology/sociology not to know that is family, society, context and life itself to form people’s personality
2) if I have the need to ask to a divination method I can use tarots (or the 8 Ball) just as well, and interpret my own meanings, at least they were born as games and, thanks to free association (to cut it short) now we have meanings we can read into, considering the question and the context;
3) or you can jump off to read Rob Brezsny’s horoscope,on his website FreeWillAstrology, at least he declares he makes them up everytime… and he’s usually spot on O_O Plus I love his “sacred advertisement”

PS
All this doesn’t stop me from having an almost spontaneous irk towards people who are born on a pecuilar day of the year, say “oh gosh s/he’s an Aries/Gemini/Virgo” on given occasions and automatically calculate the sign of a baby if I meet the future mother saying “I’m due on the…”
I know, I’m a living and walking contradiction 😀
But I can read tarots and I have an 8 Ball (that the last time I asked it a question it answered “Yes, absolutely!”… let’s hope so! :D)

PPS
The natural consequence of this post is that now we, me and Sa, are going to watch Saint Seya all over again U_U 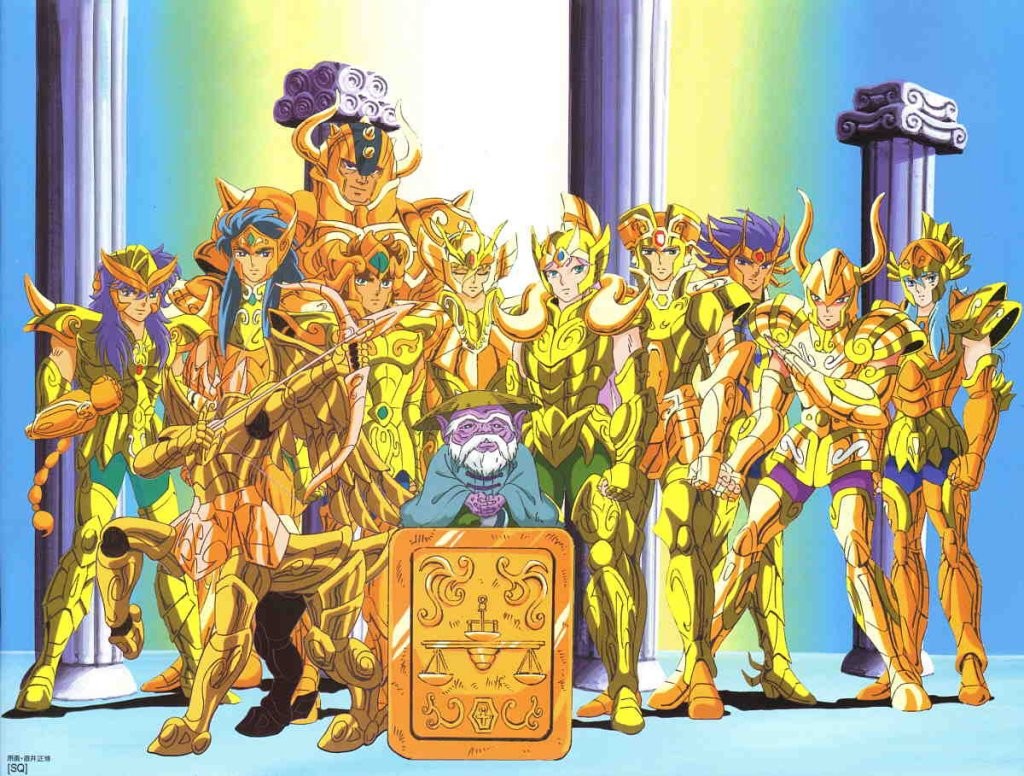 8 thoughts on “Why I don’t believe in Horoscopes”