So far I’ve been writing a lot about the women in my family, mostly my mom, about what a nutcracker I am when it comes to dressing up and a little bit too about my brother, as it happens it’s his wedding after all.
My dad had cameos here and there, mostly to display his disfunctional relationship with colours: the three primaries, the three secondaries. That’s it. The seventh in the rainbow is a wild guess already.
He’s a classic man, isn’t he? Tall and big, he’s an ex rugby player, all he want’s for his firstborn wedding is to make him look good and to take good care of his girls, making them all happy. 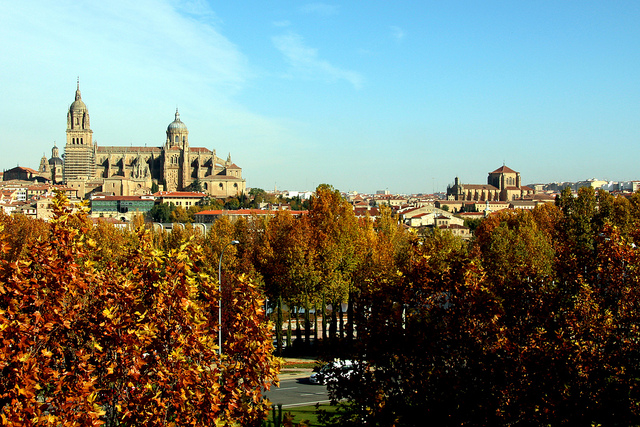 I’ve been such a bad writer.

First and foremost (if we don’t count my aunt L. who actually cried) my dad was the only one who got teary eyes when my brother told us that he was going to be married.
He started all the polka about “a-proper-formal-gown-and-make-it-a-good-one”. He was beyond happy of being able to wear a tight.
He made us pay a visit (when we went for the second time to the outlet mall) to aaaaall the shoe stores “Because I need a pair of shoes right for a tight”.
Then, when that partial obsession was over, he started with the one about the shirt (“I have no shirts that I can use with my father’s cufflinks”, in the end my mom took him shopping, hey, she married him, for the good or the bad, :P).

When all these fundamental needs were settled, dad dived headfirst in what he does best: organizing travels.
When we were little and we went on holiday in new places, we had no time to be bored, we always had somewhere to go and something to visit, he always knew where to go and always organized everything, directions and all.
When Internet came in it was bliss. My aunt C. still remembers her holiday to Scotland “It was like going around with your very personal tourist guide, he was always spot on!”.

He enjoys it, looking for and finding the most typical places, matching timetables, optimizing all the road to do.
Can you imagine how he must have felt when he realized he could organize a mass-travel Italy-Spain (specifically Pavia-Milan-Madrid-Salamanca) for thirteen people in our family… and potentially also for my brother’s friends?

All I’m telling you is that, for a short while, the idea of booking a personal charter flight Milan-Salamanca was going to be quite real.
But, we do have a big family but we’re not related to Uncle Scrooge, in the end we’ll fly low cost.
And that’s A-Ok, I’ve gathered we’re all going to be on that same plane: family and friends.
With my grandma, who loves to fly but can’t keep quiet, my cousin E. who loves to fly but can’t keep silent, with all the friends meeting up all together for the first time after a while, my aunt C. who’s claustrophobic on planes too.
I just hope they’re not going to applaude the pilot…

Anyway, the cherry on top, I’m still wondering how my dad felt: he’s been taking spanish lessons since genuary, since february he’s been organizing all these travels including the coach we’ll all take to go from Madrid to Salamanca… it will be 4 hours driving, and we’ll save money since we don’t have to rent a lot of cars (and the planet is taken care of too, yay); after all this, the last time my brother came to Italy he just said:

“Cri, since you’re the only one who speaks spanish I’m going to give you the diver’s contacts and the list of the guests”.