Lately, in Italy, people talked about a lot of things.
So now it’s my go at it.
And to be polite I’ll do it here, without littering your facebook wall. If you’re in, please stay and read and let’s talk about it some more, if you’re not, come back another time, I’ll be happy to see you. 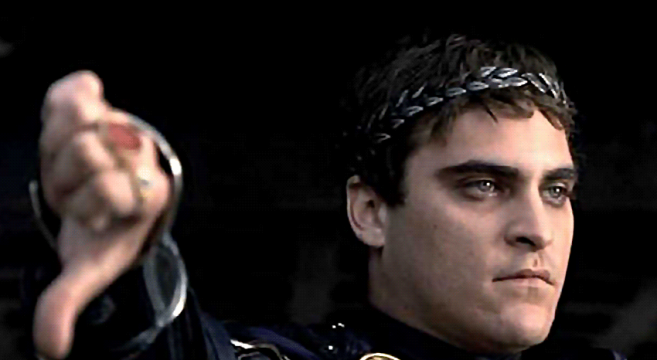 First things first. Maybe a little old one.
Star Wars VII
I’ll start saying I’m not one of the “old fans”, the opposite, I’m one of those lightweight fan who saw the movies in, the horror!, numbered order (and maybe I’m also one of the few who liked Jar Jar Binks. But I’d like to see you try: 13, in England, I didn’t speak english at the time, I couldn’t understand a single thing, but a few words from Jar Jar Binks. So thanx Jar Jar).
Anyway. I liked the VII episode. I’m not calling it a masterpiece, but I can surely quote some guys at the movie “It’s a very good episode IV reboot”.
Indeed it is. Included a very Mary Sue Rey, but ok, ok! I’ll stand by what most of the supporters say without even blinking “It will all be explained in the next movies”. Oh kay…
Anyway “The Hero’s journey” (I recommend this book to all the writersdirectorsscreenplayerscomicbookartists etc out there) it’s always a win. (Even though Kylo Ren is an insufferable little brat, and Harrison Ford could always work for free, if budget was the problem U_U).

Second topic: same sex marriage
I was manifesting with those who want this to happen. Simply because I cannot understand how, it’s like Dalì-level of surreal to me, that in 2016 we’re still debating *if* we can EXTEND A RIGHT to other people.
And that’s all I have to say, because there should be nothing else to say, we’re so far behind and, let me say this cynical thing I’m thinking (it is, after all, an unpopular post): if this was standard now, maybe we would be worring and discussing things such as unemployment and healthcare and tax evasion, things that do not care if you’re married, widow, asexual, bearded bear, janitor or rockstar. (“Maybe” is due, because knowing Italy, we could always find something else to distract us).

Third Ezio Bosso
Given that we were home sick, that our heads needed a “no brainer” activity and that we were strangely curious, we ended up watching the Festival of Sanremo. Even though it was more of a via crucis, with endless nothing between songs (and the songs were one more terrible than the previous… were did all the good singer go??? Dolcenera at fifteenth place? Are you kidding me? Clementino fifth? Who the hell is he by the way???)…
Anyway, I enjoyed the Carla Fracci impression.
And then a moment that made me feel ashamed of myself.
Ezio Bosso enters on stage and, as the little good cynic I am, I think “There it goes, did Sanremo need the disabled quota to look more politically correct?”. Then I start actually listening to the man, listening to what he’s saying. Maybe it still feels like empty rethoric, I blame the “easy tears” of the orchestra.
Then he finally starts playing.
And suddenly I’m back to Montpellier, roaming its medieval roads, while rain gently pours on me like there’s no tomorrow; and I’m in a mental trip where I see his thumbs slipping off the piano but who cares.
We turn off the tv soon after he finishes, nothing would compare after that, anything would have felt terrible.
Then, slowly, the magic fades and the cynism comes back, “I wonder if they would still have had him, was he not a disabled artist”. So I naturally start googling. And I discovered a talented man before the disability, a talent that was barely known in Italy, I found a man who had an incredible bad luck, health wise, a man who had to re-learn how to speak, and how to play piano and how to play music, and he does that with such a graceful and strong spirit. A man who does that, can only be a great man with a greater talent.

Fourth: Spinoza.it joke
A little background for the non italian-speaking folks here.
Spinoza.it is a website that makes jokes and satire about everything. And when I say everything I mean every single thing. There is nothing, NO THING sacred to them. This is why I think they’re great (even though sometimes I don’t get them): they treat everyone the same. Cruelly.
They wrote a joke that goes something like “It’s moving to se how a disabled person can still have a shitty hairdo”.
To which Ezio Bosso (who suffers from a form of SLA) replied “That’s because I try to do it myself”.
And Spinoza.it retweeted it again.
I think this was brilliantly done, by everyone, and funny.
But not everyone felt the same, many complained that they should show some respect. So Spinoza.it had to point out “Why are YOU treating him like a disabled?”.
So, you’re free to differ, you’re free to be enraged by this, and there’s plenty of people who do. But to those people I say: I want to see you enraged at the next, random (doesn’t care who says it) joke about immigrants, or at the next rape joke.
Because if you do not see the difference, then I’m sorry for you. A lot.

So, here are my (un)popular opinions. I’m ready for the debate, if you want to have one 😉