“Cri, you’re good at sewing and such, wouldn’t you like to make us our wedding favors?”

This sentence right here, it haunts me, even though it’s been months. 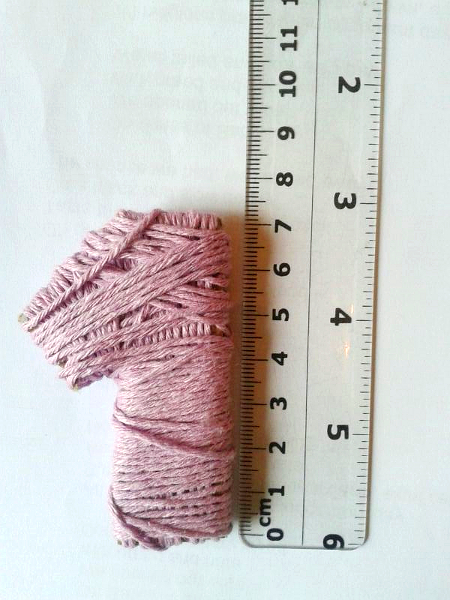 I made them bigger, this was just a first attempt. And that’s exactly the pink-lilac shade we couldn’t find!

Brother, dearest brother, one and only human being on this earth that shares my same genetics, the memories of falls from the bike on our grandma’s rose bushes, the fight to have the pudding with the picture of a pudding on the lid (instead of the one with the writings) because of course if it had a picture of pudding it was going to taste better, the ninja tecnique we’ve honed for years to detect in wich Kinder egg there was the best surprise (and we always failed). You, brother, one and only human being that stands with me on the genealogic tree, you who remember how the focaccia in Brallo smelled like and how we used to twist the words to a Battisti song when we used to bathe together, you who cut away the crust from the cotoletta and me eating it willingly, you who shared the blanket with watching The Simpsons on the couch eating Cornetto even though it was December, you, YOU can NOT ask me to make two hundreds bomboniere when I’ve never made one in my entire life.
Which would mean pay for it whit a kidney, probably, to be able to afford all the supplies.

Dearest brother, “They would cost you more than the entire wedding, in proportion”.

The quoted part is the one I actually said, the rest was only in my mind.

Some time goes by, an email in my inbox
“Cri, you’re good at sewing and such” (I know that when he starts with my nickname and a lot of vowels in it -yes, I can detect the tone of his emails even though he’s writing with a spanish keyboard, is because he’s going to ask me something) “wouldn’t you like to craft the numbers for our tables? We like this kind, we’ll provide the rope for you, since we have the exact colour, it’s just 20 tables”.

JUST twenty… but I had already said no for the favors, how can I withdraw from this when finally my crafting abilities are applauded and requested so badly???

And please know that I’ll be going around the tables making sure that the thread won’t unravel and most of all I’ll be boasting and humble bragging with your guests “Have you seen the centerpieces? Sooo classy! And what about those widdle numbers, aren’t they cute? Did you know I made them? Yes, I’m good at it, aren’t I? Hello, nice to meet you, I’m the groom’s sister, I think I had some unresolved younger-sibling issue when I was little, but anyway I made the numbers, I rock, have fun, let’s have a toast, olé!”

PS
Please note that numbers have been made, sent by snail mail, received, tried out with the centrepieces and approved. Oh yeah.