Short story of my hair: I keep them medium long untill I’m 13, when I chop it playmobil style.
Plus a couple of red mèches, thanx aunt L., huge killer look from my mother.
Then starts a period of non permanent attempts to colour: “deep violin” and “prune”, not a single purple was seen, just a quite good dark red.
If red has to be, red be it, I ditch chemicals for henna. A long and steady love story.
The redder the better, my dad brings me some pure henna, plus turmeric powder, from a business trip he had in Turkey. It was A-MA-ZING.
If we exclude a short lived chapter of permanent black-blue chemical dye (twice, it took forever to be gone, by growing it out and chopping it), I kept up with the henna.
Thanx to a forum (the italian equivalent of Longhair community) I get in touch with brands, recipes, techniques and thingies to try my hand and experimenting.
I move to “deep red” by Biokyma. 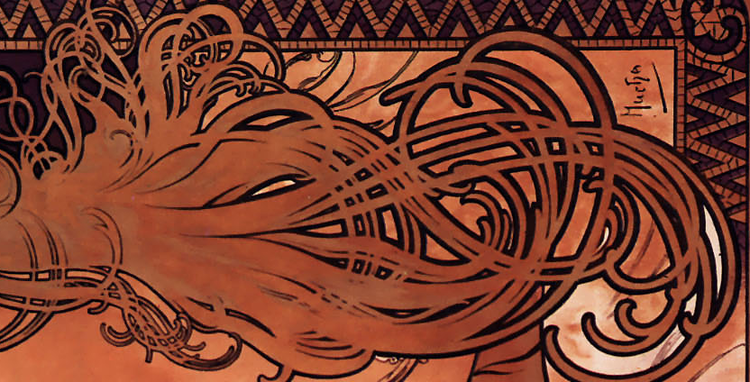 My hair keep growing, they pass a couple of times the “I’m literally sitting on them” level.
Then, after years, on december 2014 I decide to have an asymmetric bob.
At that time I couldn’t remember the last time I had henna, so my natural hair colour was ALMOST out.
I then decide to have fun with my short hair and, in the span of 5 months, I dye it chemically six times.
Heavy, permanent chemical dyes. I am finally purple at first and then Ariel red.
Then I go to the seaside for a while.
And by september my hair is straw. Plus I’m pretty bored with roots showing and whatnot.
So I decide, for my hair health, to go back to henna and this time do it properly: waiting for the infamous six months between chemical treatments and henna.
Which means making up my mind about this at the beginning of september and having to wait at least halfway through january.

In the meanwhile I’m treating my hair like it’s worth its weight in gold: oil treatmens, nourishing and hydrating home made masks, only “green” shampoos, keratin once in a while and nothing more.
January comes and my hair are pretty healthy, everything considered. But the colour is a mess.
Roots as wide as my palm and then some sort of red underneath. My cousin makes fun of my “natural shatush” at least three times, before I tell her it’s not funny (at the fourth time).
But I had a true chance to actually SEE my natural hair colour, I couldn’t really remember it before. I only remembered I used to call it “shrew grey” (teenagers can be very cruel to themselves).
It actually is a shrew brown, a deep cool brunette colour, but this time I don’t mind it at all!
So I decide to go back to my natural hair colour. With henna.

Now, short story of henna: usually with henna are mis-indicated an array of dyeing plants. But, properly named “henna” is only lawsonia inermis, which gives you your titian red. While for other colours (none of which can make your hair any lighter, note) you use other plants, just to name a few indigo, for black, walnut for brunette, chamomile to give some highlights to already blonde hair, and the so called “neutral henna” which is cassia obovata that doesn’t colour your hair, but does them a great load of good.

So I start googling to see if anyone has ever attempted to go back brunette from a red chemical hairdye.
Because if it’s hard to cover henna red with chemicals, can you figure the opposite? Sigh… I do like to get my life complicated.

I find out two very interesting things that make me think I can actually do this.
One, that if you want to go back to brunette, from red, you have to put in some purple (this was from a professional hairdresser, on a forum) it’s complimentary colour. It makes sense, after all the colour wheel is what’s behind your peachy concealer against your blue dark circles.
Two, there is a looooooooot of dyeing plants, other than the few I’ve mentioned before. What stays with me is Katam, which gives a pretty dark, cold toned cherry red. But this is not the moment, Cristina, not now! 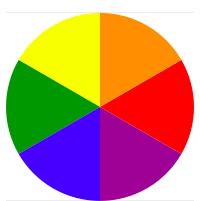 So what’s the big deal, then?
That, as with all natural hair dyes, it takes more than one application to get to the colour you want (the more you do, the darker/more intense, which isn’t a problem to me, considering what I’m going for), and that you first need to use lawsonia and then other plants. Basically using red henna as a “primer” of sorts.
This, of course, after making up my mind about doses and quantities and which plants to use and how much to buy, and so on.
It all starts sounding way too much work, too much money and too much time (what with the waiting for the shipping and all the applications).

But I don’t back down (yes, I know how to be fairly motivated and stubborn, I meant… headstrong). I keep googling, I read that some girl had good results with a brand named Henné de Shiraz, the “brunette” concotion, which is a premade mixture of lawsonia and indigo.
I remember seeing it at the supermarket in glass vases. Good.
I decide to give it a try, and this is the INCI. 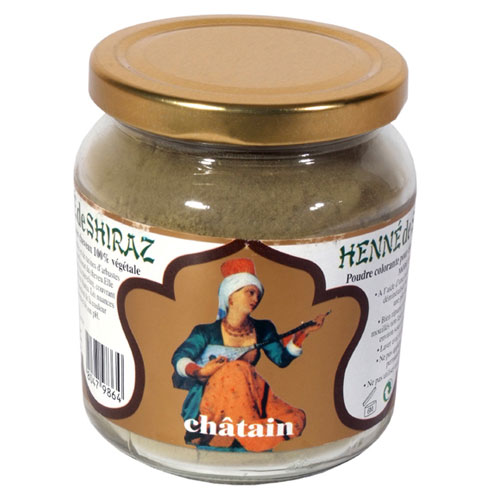 ISATIS TINCTORIA LEAF POWDER (Woad or glastum, it is used to dye natural fibers -like cotton- a nice purple), INDIGOFERA ARGENTEA LEAF POWDER (indigo, it gives a nice blu-violet colour, indigo as is!), HAEMATOXYLON CAMPECHIANUM POWDER (logwood or bloodwoodtree, dyes blue), LAWSONIA ALBA POWDER (red henna, our “primer”, remember?), CAMELLIA SINENSIS LEAF POWDER (it’s the tea plant, good, I won’t have to add any to use its tannins, and apparently it’s great on the hair).

There is no walnut, I’m surprised, but I can give it a go nonetheless.

I decide to do three applications in a week (yes, I know, I said I didn’t want to mess around too long, but what can I say, I’m volubile) as I read somewhere, with just a couple of days between eachother. I measure about 100g for my hair, for each application. The jars contain 150g, I get two so I can use them three times in total.
I also decide to prepare the mixture quite straight, with only hot water and a teaspoon of salt (which is great as a fixative and that works as a basic agent for indigo, which thrives in basic environment, while discourages red henna, which on the other hand thrives in an acidic environment). I put the mixture straight on without leaving it to oxidise, on wet, freshly washed hair but no conditioner.
(This is according to my experience with my own hair, to me it works best this way. Of course everyone has their own favourite concoction, technique and know-how because all hair are different, experiment a little and find what works for you).

Here are the pictures, who speak for themselves.
Before (unwanted, uncalled for shatush) 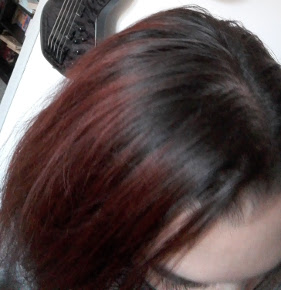 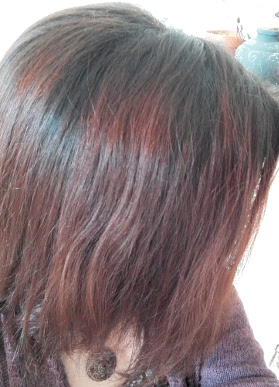 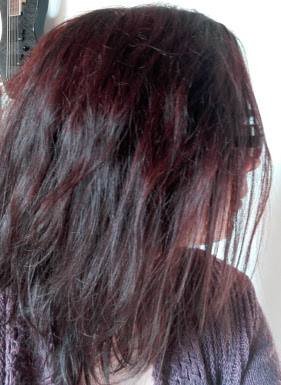 After a “normal” shampoo a few days later.

Yes, I photoshopped the hell out of my face and I cut out most of it. Why? Because I care for your healthy sight :)

It’s been around a month, the colour bled out quite a bit, thought the sharp edge between my roots and the colour isn’t as straight, but some orangy locks are coming out.
I already have two new jars, one of brunette henna and one of “smoke black” henna.
I plan to do this: first go, just the brunette, second a mixture of the two, third just black. Always to abide the “repetition/accumulation” thing.

I want to try the black one because, even though the maroon colour isn’t that bad per se, it’s still a little bit too warm for my tastes (even though I’ll keep this in mind for future referece). I like the INCI of the black henna: woad, indigo, cassia, tea, walnut. No red, whatsoever.
Of course I’ll let you know!

PS
This brand isn’t the best all end all, nor from price point nor quality point, but it did the trick, it was rapidly available and after all it isn’t that pricy, given the quantity in each jar.
It’s quite sandy and grainy, not easy to apply (but since it’s not only lawsonia, I wasn’t expecting a soft and silky mixture).
And it stinks.
Like hell.
Pure henna smell? That smell of grass and liquorice? I love it.
This?
This stinks like horse poop.
And it’s filled with sand.
But it colours my hair right, and I don’t have to wait for the shipping. So I’m not complaining.

PPS
The fun part is that it lathers light blue, when you shampoo… it’s a little less fun to have the back of the neck and the pillow on blue tones, but whatever.
And most of all my hair are back to wonderful <3

One thought on “From ginger to brunette, from chemical hairdye to henna”