Welcome to a brand new chapter of my BFISW
Ready to face a new horror?

The wedding favor. That one. We call it “bomboniera” in italian, it literally means “something that carries sweets (bonbons)”, the sweets in question are sugar coated almonds.
And once it used to be just that, but it evolved in something creepy, people add stuff to it, stuff you can’t eat and you have to keep, silver plated stuff, pottery stuff, china stuff, enamel stuff. 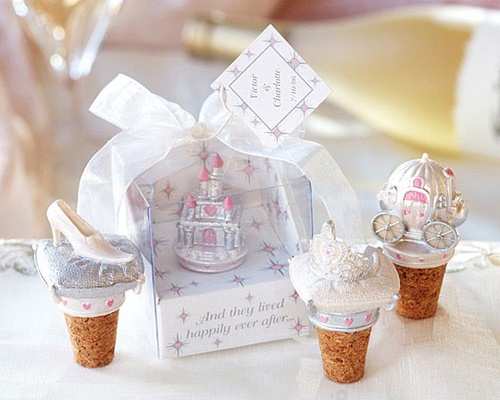 To quote Gandalf: “Fly, you fools!”

As long as you can fully understand the “bomboniera issue” in Euforilla’s family, you have to know that, back in 1980 a.D., when my parents got married (and according to my brother we witnessed it all from above a fluffy cloud we were on) my mom fought with all her strength, but with poor results, against having wedding favors at her wedding (“It’s just a waste of money for something people won’t use nor like, let’s just have the almonds and call it a day”).
My great-grandmother won the baffle thanx to my mom saying “Well, grandma, if you want them so badly you’re going to make them”.
Little you know my great-grandmother was the progenitor of the stubborn-ness of the women of this family, therefore she willingly applied in providing wedding favors for everyone.
If I’m not mistaken (hey, I couldn’t see that well from that cloud up above!) the guests took home a white pottery box with golden rim.

33 years flashforward, the italian in-laws fly to Salamanca to meet the spanish in-laws for the first time.
I’m not worried, I’ve met them and they are nice.
I already know mom will communicate with too much volume, hands movements and adding random S at the end of italian words (more or less is what the bride’s mother’s going to do as well, the thing is, she’ll subtract S from spanish words), and my father will jump in that little of spanish he managed to study in a few months, and he will talk loads over the bride’s father.
Of course bride-and-groom-to-be will be in a crossfire of words, trying to be their interpreters, not just for languages but also of customs.

I wouldn’t have wanted to be in their place!

They actually like the favours (which is odd to me, because in Spain sugar coated almonds are a Christmas thing… I’d laugh quite a lot seeing a panettone in a wedding… but anyway, it’s not about me!) and they also make up for a spanish tradition (of wedding favours in general).
So, to all the invitees: instead of receiving an artisanal soap bar you’re going to have confetti (aka sugar coated almonds, not those paper thingies we call coriandoli :P). Ehi, at least it’s something to eat!

Since mom started doing yoga, she softened up (not just on a muscular point of view), so she volunteers in gifting the wedding favors to the invitees on behalf of the bride and groom, and most of all she’s going to do so in Italy.
Which means “Cri, since you have an artistic sensitivity, come to help me”.
She discovers a not-for-profit that sells wedding favors to devolve to charity. Good, two birds with a stone.

We get the colour sample from Spain. An exact mix of candy pink and violet. Mauve? No! Lilac? Neither! Dark pink? Absolutely not! Subdued violet? Nah-hu. (Dad’s imput “Didn’t they say like hydrangeas?” “Yes, they did” “Isn’t this pink?” “No!” “Ok, I’ll shut up”).

We can’t anything in that colour, not a ribbon, not anything, yet we’ve been to every single place available in the province. Looks like that colour exists only in Spain.
“Actually my colleague gave me the address of a place north Milan…”
Now, you don’t have to know this, but living in Pavia saying “North Milan” is epic. Going from here to there in an afternoon, for such a lame thing as a ribbon… well, that’s something that only Tolkien can write about.

We design a plan B: send picture of alternative favors, in a classic white.
They don’t like them.
I’ll explain this with my aunt C.’s words: “No, no, ugly, looks like a cauliflower, horrid, terrible, oh gosh what’s that? no, no, cauliflower, cauliflower, nope… show it again? Nopes, cauliflower. Oh gosh they’re all so bad!!!”

Mom is ready to resort to the last hope: dragging me into that epic thing north Milan, one of those mystical and unreal places, were fogs and mists are born.

I try my own way “Can I ask… why didn’t we go back to that place where you got the first sample, which by the way was pretty cheap?”
“‘Cause it’s far away, I don’t feel like going all the way there”
“Mom… in an afternoon we’ve been driving in all the province, in and out of places and car, as far as mileage goes we’ve drove far more than just going there”
“You know, you might be right!”

Yes, I know, I am right, you didn’t pay for my higher education for nothing!!!

And, magically, a text from my brother says “Can we go back to the first sample you brought us?”
And so mom, dad and me go back to the very first place we tried, the far but not so far away one.
Sadly the favors like the one we bought four months previous were out of stock.
You don’t say?!

We start wandering in the expo, sad, lonely. We witness simple fabric bags with candies turning into more expensive stuff, silver pomegranates with coloured swarovski, creamy yellow porcelaine roses with the rim of the petals covered in gold glitter, a murano glass grape -natural size- I thought was part of the expo but turns out it’s a gift you can purchase and give to people.
I tremble, I shiver, I’m cold and scared, these things look at me and whisper “we’re going to clutter your home”. I think about how useless they all are, how much money is wasted on such things, on the dust that sets on them, I think I shivered visibly. 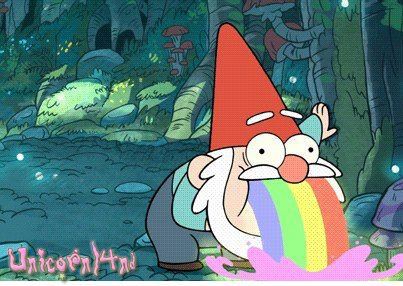 The saleswoman comes to our rescue, opens up the closet with the ribbons (an entire closet, yes, the crafter inside me dies a little of envy) and, hear her, there is a violetpink just like the one the brideandgroom wanted.
Done, it’s finally done! She makes one that looks like the first one we liked, I take a picture, I whatzapp it to my brother.
My phone is dead.
My parents place an order for 200 bomboniere (I’m not making it up), they choose the card that goes with it, the lettering, the language (well, it’s just a matter of an E instead of a Y, and, it can’t hurt).
Three hours later comes the answer from my brother “Wait up, don’t order yet, I have to show it to the bride”.
“Too late”
“Then we’ll have to hope the bride will just like it”
Yes, we do hope, we hope with all the fingers crossed.
I’m crossing particularly hard because I do not want to browse the rest of the province, I’m still shivering in the thought of those obese painted terracotta angels.

But far away in the distance, in the dark, champagne bottle caps in silver and crystal are luring in the dark, they’re waiting, waiting for the time to invade your home, sit on your shelves, never to leave, because if you don’t display those wedding favors you’re a heartless and rude bitch. They wait, and glisten, and you could swear you’ve seen them smirking, those fucking enameled pottery dogs.

One thought on “My big fat italian-spanish wedding 8: the wedding favors”