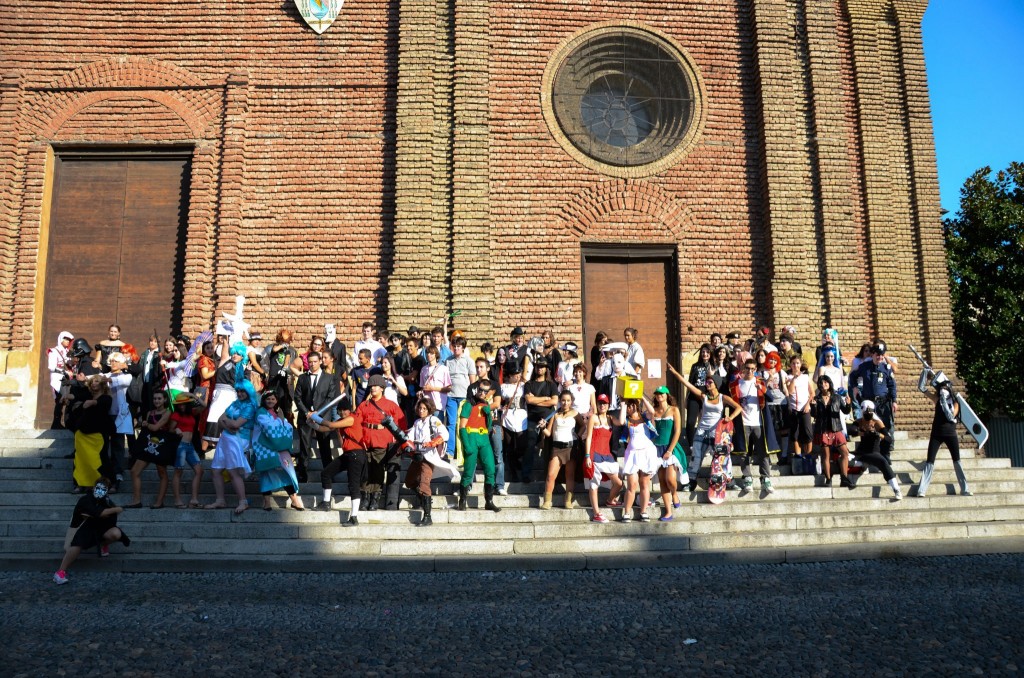 Click here for the originals. Pic by Matteo Pistacchio Tedeschi

Setting complaints aside. This summer someone (if I’m not wrong the clothing shop The Oxymoron, Giovanni “Aizen” Stelitano -as I’ve been informed in the comments, thankyou!- organized it and the comic shop Akiba gave prizes and organized some more helpful things for cosplayers) started planning, through facebook, a cosplay/flash mob in Pavia. Some friends wanted to go, there were countless “I’ll be there” and “Like”, and yadda yadda yadda.

I need to tell you something more about Pavia’s citizens: they usually do not join in things. Why? Because they think like this (I guess):

2) what if it will be just the two of us? Loosers…

3) what if someone I know sees me there? Wonder what they’ll say

Then it happens they do go to have a look, and they see that there are only four participants (because EVERYONE had their same thought-pattern) and then they go like:

I don’t think I have to say more.

Though yesterday, joy and surprise, there were plenty of people! Cosplaying I mean! And they all took great care with makeup, costumes and details. Sa and I went steampunk-like, I’ve spent the last few days making myself a boned waist-cincher (I’ll be uploading a tutorial soon!) and had a walk.

The best thing was seeing people’s stunned and smiling faces, faces that said “Ohnoes! If I knew about it I would have joined it!!!”

Now please excuse me, I’m off searching the official page to see if I find some of the pictures people took of us 😛 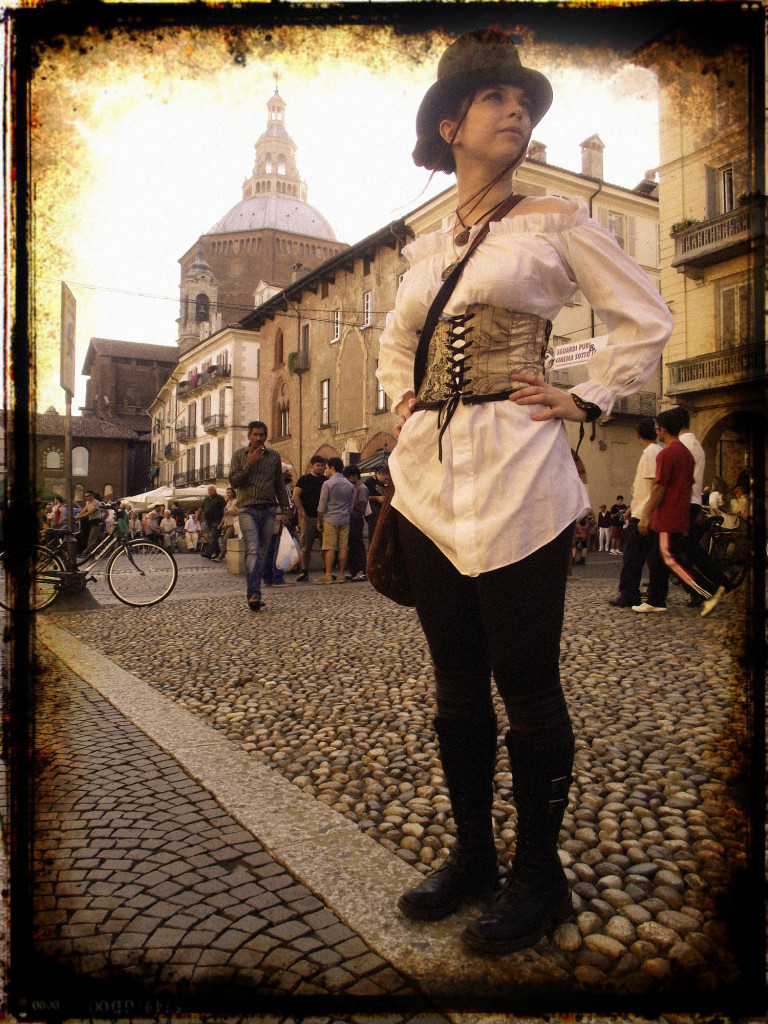 Being asked “Can I take your picture?” just because of what we were wearing, was fun! And going out in full costume, noticing tons of people staring (not that nicely) to us, feeling a little tense and selfconscious but suddenly going “The heck! Are they staring? Whatever, I’m a fun interesting person and they are boring because they’re not cosplaying U_U” was such a great injection of self confidence *_*

16 thoughts on “Cosplay in Pavia”